From the beginning of his career, Daddy Ernie understood the roots of Reggae music. His skills on the decks and selections of tunes soon made him a household name. He became known as the DJ who pushed it into the mainstream and began to achieve a cult following with fans. Today he hosts events, interviews celebrities, and presents a show on Vibes FM and DJs in top clubs across Europe, the Caribbean and the USA.

Superjam can now be heard on board British Airways & Aer Lingus as part of their inflight entertainment. The best Reggae/Dancehall in the sky.

Fundraising for the Choice FM Blue Plaque and The ACLT 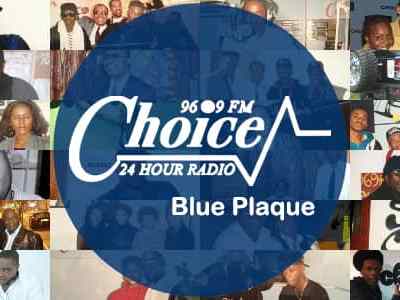 We are a group of former staff members and fans of Choice FM (96.9FM) who are trying to raise money for a blue plaque to celebrate its 30th Year Anniversary and for the African Caribbean Leukaemia Trust. The ACLT is an amazing charity that Choice FM worked closely with during their broadcasting years, to help provide hope for patients living with blood cancer and other illnesses.  We aim to unveil a blue heritage plaque in honour of Choice FM, the first and only black radio station with a London wide commercial licence on Wednesday 07th October 2020.